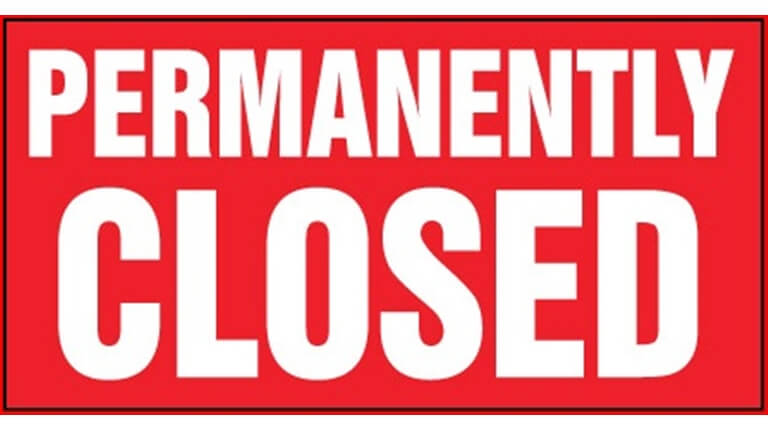 CLEVELAND — Along with everything else we knew to be a part of normal, everyday life, Bolivar County citizens have now also lost their 104-year-old community newspaper, The Bolivar Commercial. The last issue of the paper ran Wednesday and the company has now permanently shut its doors.

“The virus, of course, is naturally the bad timing, but this has probably been coming for about five years now,” said Diane Makamson, who has been publisher of the paper for 42 years.

“It is a sad thing to have to announce, and it is something I’ve spent years and a great deal of money trying to avoid,” Lee Walls, president and CEO of Walls Newspapers said to The Bolivar Commercial. Walls added that he has personally covered the paper’s financial losses for many years.

Though the diminishing of newspapers always comes with societal consequences, the closure of The Bolivar Commercial coincides with a time when verified information is needed more than ever.

“What makes (local journalism) so important to the average citizen is that local journalists are the watchdog for what happens in a community. They’re the ones who attend the city board meetings when nobody else is there,” said Layne Bruce, executive director of the Mississippi Press Association.

Bruce said he doesn’t believe most elected officials inherently set out to do wrong, “but when you don’t have that element of a watchdog, it makes it easier for people to slide into whatever is easiest rather than what is proper and right.”

But the need for local journalism doesn’t erase its very real financial struggles. Traditional newspapers rely mostly upon advertising dollars to finance the paper. Money from subscriptions also helps cover costs, but typically it doesn’t generate as much revenue as advertisements.

For more than a decade, the news industry has been grappling with staying financially afloat while ad revenue consistently dwindles and readers turn more to the Internet for information. That has only been exacerbated by the abrupt and dramatic economic downturn caused by the coronavirus crisis.

While community newspapers are faced with the same issues that papers of all sizes battle – declining advertising and subscription dollars – these challenges are perhaps more compounded in small towns where the advertising options are even more limited. Because of this, Makamson said, The Bolivar Commercial had no choice but to shutter.

“We only have a lot of mom and pop shops. We don’t have any really big retailers to pull from,” Makamson said.

Denise Strub, managing editor of the paper and 27-year Bolivar Commercial veteran, has covered historic weather events and national tragedies, helped install some of the company’s first computers, printed the birth announcements that decades later grew up and became marriage announcements, and steered the publication through what could arguably be deemed one of the most tumultuous eras of the news industry.

Putting into words what walking away from that kind of service is not easy.

“It’s extremely heartbreaking. It’s heartbreaking not just for us who worked here, but you know I keep thinking about the community,” Strub said.

And while no other Mississippi papers have had to experience that heartbreak of shutting down their publication permanently, newspapers across the state are cutting back the number of days they’ll print.

National news companies are also being crippled by the financial crash brought on by COVID-19. Gannett, which owns more than 100 papers nationwide (including The Clarion-Ledger in Jackson and the Hattiesburg American in Hattiesburg), announced a wave of furloughs in response to the public health and economic crisis. Employees who make more than $38,000 will be required to take one week of unpaid leave in April, May and June while executives take a 25 percent pay cut.

Although newspapers have undeniably shrunk even more in the past month than in past years, Bruce said it’s actually uncommon for a newspaper to permanently close.

In fact, a Cleveland resident has already stepped up to start producing a new weekly newspaper. Scott Coopwood, publisher of two Delta-based magazines, will begin producing the Bolivar Bullet next week with the first issue to run on May 6.

“I have been in my job now for 13 or 14 years and the number of print newspapers in Mississippi has been remarkably consistent through that time … It’s an interesting situation. A number of these papers have learned how to subsist with very little for many years now because their communities have been so economically challenged,” Bruce said.

“They’re pretty crafty. They’re a wily sort. They know how to make ends meet and get the paper out, but again this is just a unique crisis that none of us have ever had to face before.”