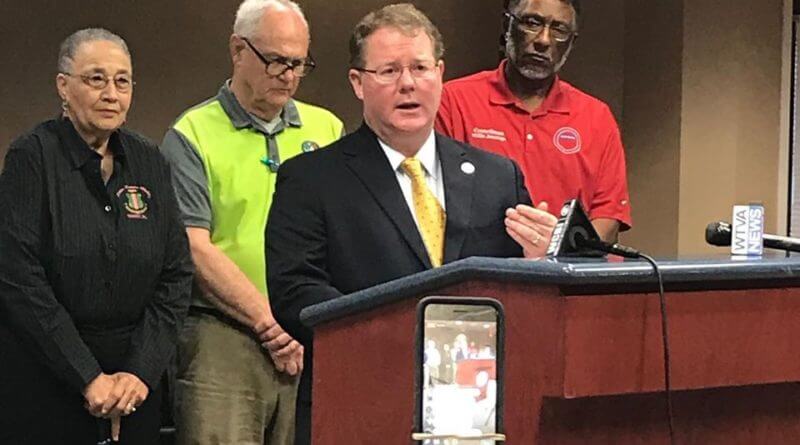 Tupelo Mayor Jason Shelton announced on Sunday in an Editorial in the Daily Journal that he would not be seeking re-election of one of the states largest cities.

Instead, he is opting to “fight the corruption of the Trump administration”.

Shelton has served as Tupelo mayor since 2013, twice being elected.

He had the following to say about his not seeking another term once his present one runs out.

“Our country is in a national health and economic crisis and we have a President who is utterly failing our Nation. I cannot in good conscience remain silent on that issue. This year’s election is our opportunity to fight the complete ineptitude, widespread corruption, and overt racism of the Trump administration.

I cannot sit quietly at a pivotal moment in our history which requires us to stand and fight for the future of our Nation.”