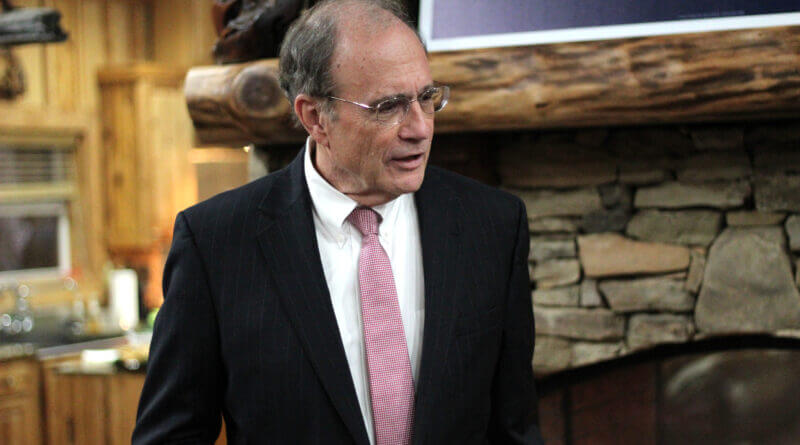 It would be his second term as Lt. Governor if successful in the August Republican primary and the November general election.

Much has been accomplished in the past four years, said the Lt. Governor, as he noted that the Mississippi government has been run like a successful business, resulting in a $2 billion surplus.

“California is $25 billion upside down,” Hosemann said. “Look at our teacher pay raise and look at our largest tax cut ever. We’ve been able to run the state like a business.”

With the surplus, Hosemann proposes to give some of it back to taxpayers.

“This year, this Senate will vote on a tax rebate,” Hosemann said. “We have a budget, just like we do every year, and above that budget we have $270 million more collected. We want to do a tax rebate of $270 million and the reason is we’re running the state like a business.”

A tax rebate would come on the heels of the state government approving the largest income tax  cut in state history. Will total elimination of state income tax come? Hoseman thinks it can, but not right away.

“We have to first absorb a half-billion tax cut and that’s through 2026,” said Hosemann. “Then we can look more at eliminating or lowering the tax cut even more, and the grocery tax, which is very high. We can look at both of those as we’re going forward, but we need to be careful with this money.”

Elected in 2019 with more than 60 percent of the vote, Hosemann’s first term has been marked with multiple conservative policy wins. These include reducing the income tax rate to four percent, one of the lowest rates in the country; reducing the state’s debt; providing a $6,000 raise, on average, for teachers; streamlining workforce development efforts; increasing access to high-speed broadband internet; and investing hundreds of millions of dollars in roads, bridges, ports, water and sewer, and other infrastructure.

Raised in Warren County, Hosemann spent the majority of his professional life as a businessman. He was Secretary of State for three terms before his election as Lt. Governor in 2019.

Competition is forming for Hosemann in the Republican primary. Shane Quick, who faced Hosemann in the primary four years ago, has again put his name in the running for the office.  State Sen. Chris McDaniel has not announced if he will run, but there is speculation that he will enter the race, as well.

When asked why he wants to be reelected, Hosemann looks to the future of Mississippi.

“I want it because I have eight grandchildren,” Hosemann said. “It’s really important for the future and I’ve been blessed for the people to hire me to a position where I can positively affect the future of my grandchildren’s lives.”