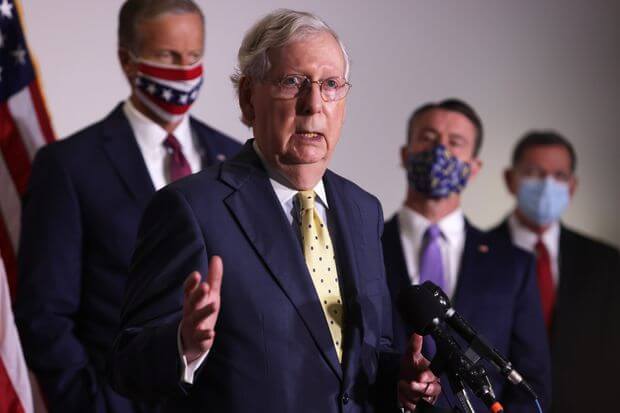 A Republican proposal for additional economic relief due to the COVID-19 pandemic has been shut down by Senate Democrats.

The vote needed 60 approvals to pass, but the final vote line sat at 52-47. Kamala Harris was campaigning and not able to attend the vote.

The package is vetoed after the $3 trillion package pushed through by House Democrats was quickly shut down.

Majority House Leader Mitch McConnell said the bill lacked many other benefits Republicans were looking to add, but he also stated the deal was “better than nothing.”

“It’s a vote for senators to say whether they want to move forward toward huge amounts of relief for kids, jobs, and health care, or whether they are happier doing nothing,” said McConnell.

With the deal falling through, it all but ends any hope of economic relief being distributed before November’s election.