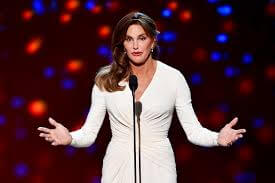 Just as Arnold Schwarzenegger and Ronald Reagan once did, another celebrity will attempt to become the Governor of California.

On Friday, former Olympian and television celebrity Caitlyn Jenner announced she will be running in the presumed recall election to replace current governor Gavin Newsom.

“As Californians, we face a now-or-never opportunity to fundamentally fix our state before it’s too late. Taking on entrenched Sacramento politicians and the special interests that fund them requires a fighter who isn’t afraid to do what is right. I am a proven winner and the only outsider who can put an end to Gavin Newsom’s disastrous time as governor,” said Jenner on her Twitter profile.

Jenner’s run comes at a time where bills are being pushed across the nation in regards to transgender people, including not allowing them to compete in women’s sports and classifying hormone therapy as child abuse.

Jenner will run as a Republican, which she states has caught her more criticism than when she came out as a trans-woman in 2015. She identifies herself as “fiscally conservative and socially liberal.”