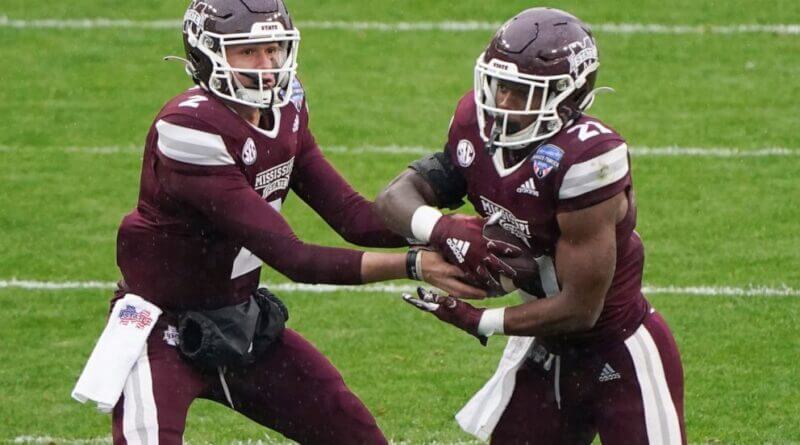 It wasn’t the prettiest game by any stretch of the imagination, but Mississippi State did enough to get the win on a cold wet day. A game in which came down to an on-side kick, was filled with penalties and a lot of ‘jawing’ between players. Before the game, a scuffle broke out between a few position groups. After the game, an all out fight erupted between the two teams.

The Bulldogs struck first, scoring on their first drive of the game that was set up by a 53 yard kick return from Lideatrick Griffin. The offense looked to be carrying over the momentum it found in their previous game against Mizzou. However, the Bulldogs would not score the rest of the first half. The defense gave up some yards but held strong in the redzone only giving up a pair of field goals.

The second half started much like the first with the Bulldogs making plays. The defense would get a three-and-out and the offense scored a touchdown after going 64 yards on 9 plays to put the Dogs up 14-6. The score was Will Rogers’ first rushing touchdown as a Bulldog. Tulsa would go on to score a touchdown on their next possession to make it 14-13 before getting a big stop against the Bulldogs to have a chance to take the lead. However, MSU defensive back Emmanuel Forbes snagged a pass for a 90 yard pick-six to put State up 21-13.

The Golden Hurricane would score on an MSU punt attempt in which the punter nearly missed the ball on the punt attempt. The mishap gave Tulsa great field position. The Golden Hurricane went for two but could not convert after cutting the lead to 21-19. With just under four and a half minutes remaining, the Bulldogs would once again find the endzone on a Rogers to Griffin pass and catch to build their lead 28-19.

Tulsa then marched it down to the MSU 10 yard line but MSU junior linebacker Tyrus Wheat intercepted a pass with around 2 minutes left in regulation. The Golden Hurricane was able to get a quick stop and used their remaining timeouts to get the ball one more time. After the MSU punt, Tulsa would quickly go down and score a touchdown to make the ending interesting bringing the score to 28-26. The Golden Hurricane would attempt an on-side kick but MSU recovered with just over a minute remaining. With no Tulsa timeouts left, MSU was able to take a couple knees and call it a game.

The win is the first by an SEC team this bowl season.