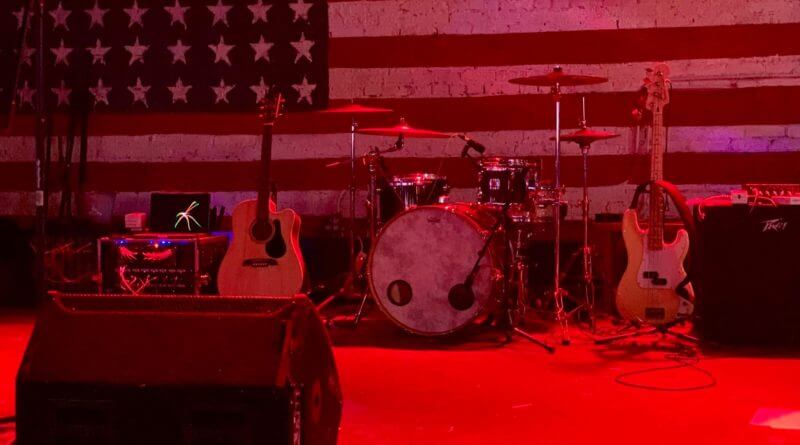 Have you ever wondered what it would be like to live the life of a musician? I’m sure at some point in your existence you’ve at least given it a thought. You’ve probably even fantasized about being in a band and turning your amp up to “11”. Many have given music a try, but few ever turn it into something more than just a hobby.

Those that have made it out of the garage and decided to pursue it as a career have had to overcome many obstacles and make many sacrifices. You may not know this, but playing music for a living isn’t easy. Not only do you need the natural talent and ability, but you also have to work very hard and need a lot of luck to be successful.

Making a living wage through music is harder to achieve than some may assume. Some musicians do get fortune and fame, but that’s not the reality for most. In fact, a day in the life of a local musician is vastly different than that of the big stars we see on t.v. and hear on the radio.

When it comes to making money off of the music they produce, the musicians make very little. Look at some of the top music streaming services as an example. Spotify’s average payout to musicians per stream is only $0.00437. This means it would take over 360,000 streams for a musician to just make minimum wage. YouTube has an even worse payout at $0.00069 per stream. For those of you trying to do the math, it would require over 2 million streams for the artist to make minimum wage off of YouTube.

Basically, if you’re not a well-known artist, it is extremely difficult to make a living wage by selling music. The biggest source of revenue for most musicians comes from playing live shows and merchandise sells. In 2018, the band U2 made $1.1 million in music sales, which is a great year for almost any band, but it’s not as impressive when compared to the $52.2 million they made from touring that same year. The big-time musicians can certainly live off of their streaming revenue and music sales, but your average musician relies on playing gigs to get by.

Imagine for a moment that you’re a local musician. You spend countless hours writing and rehearsing your music, but only when you’re able to find time between juggling another job and spending time with family. It can be very time-consuming. As difficult as it already is for a full-time musician, throw in a global pandemic and it can be devastating to their career.

Blake Carroll is a musician from Vicksburg, Mississippi. Up until recently, he’s been a busy man as the drummer of four bands while also holding a day job as a waiter. Carroll relied on his bands’ live performances to help bring in extra income while doing what he loved.

Unfortunately, there haven’t been too many places looking to book bands since non-essential businesses have had to shut their doors this summer. This meant musicians like Carroll would have to put their gigs on hold indefinitely. Carroll had to cancel his remaining shows that he had booked for the summer, as well as, having to cancel a tour that he had planned with one of his bands.

“It really sucks. Especially since I did it full time before all of this. It was my main source of income.” Carroll says.

As bad as it was to not play his music, things got worse as he lost his job as a waiter. The business he worked for had to lay off multiple employees in order to stay open during the pandemic. Carroll says he wasn’t able to get unemployment like others who’ve been laid off, but has been able to do some graphic designing on the side to help pay bills, “it’s keeping me financially afloat during all of this.”

Alanna Mosley is another one of our local musicians who’s also had to make adjustments in recent months. She is a solo artist from Carroll County, MS and has been a fixture at local venues and festivals in the Delta for years. She plays music full-time for a living and says everything has changed for her.

“Before the pandemic, I had my summer booked almost solid with gigs and then everything came to a screeching halt. I had been gigging every weekend, going here and there, but when everything stopped I had to figure out what I could do.”

Some businesses have recently started trying to get back to some form of normalcy with opening their stages back up for the locals. However, with many places implementing mandatory mask and social distancing policies, a return to the stage has become complicated.

Mosley says that she’s only had one gig since March and that it was difficult. While she tried to take her own precautions and the venue limited its seating to help with social distancing, the crowd didn’t seem to take any form of protective measures themselves.

“Nobody even tried to socially distance themselves and there were no masks in sight. It was kind of like there was no pandemic happening. Since my gig that night, that town has become one of the COVID hotspots.”

The live performances are what these musicians love to do. Both Carroll and Mosley have made the best of what they can with the current situation and have used technology and social media to help keep the music alive.

Carroll says he’s thankful his bands have been able to perform on occasion by going live on Facebook to reach their audience.

“Thankfully technology allowed us to do a couple decent live streams taking tips and donations. But if “live” wasn’t a thing, I don’t know what I’d be doing right now.”

Mosley also uses the Facebook live platform as a way to reach her fans with a series she calls “ Quarantunes“.

“I had a good crowd showing up and it was a fun way to stay connected with people. It’s a great tool to have, but it’s still not a live show. Performing to a computer screen took some time to get used to, and I still don’t really like it, but that’s all anybody can do right now.”

The singer was doing her live Facebook shows quite often but has since slowed down on performances.

“It’s like the novelty wore off and the crowd size started to dwindle-along with their excitement and mine,” Mosley says.

Still, she has been making use of her time practicing, writing new material, and making YouTube videos. With everything that’s happened since March, Mosley is eager to get back to doing what she does best.

“I’m beyond ready to get back out there and do my thing.”

As for Carroll, he will continue his side jobs to pay bills, though he still struggles with the reality of not being able to perform like before.

“Being a musician, especially during this time, has been the most stressful and depressing thing I’ve ever experienced. Playing shows and being on stage is like my escape”

Carroll and Mosley are just two of the countless local musicians trying to make it in a time of so much uncertainty. Our local musicians are doing what they can to survive and find their place in this changing world.

Mississippi has been home to some of the most inspiring and influential musicians the world has ever known. Most of our musicians have come from humble beginnings out of small Mississippi towns, with many of them growing up poor.

We’ve seen black, white, male and female musicians come out of less than ideal situations only to reach the highest achievements possible with more fame than most ever imagined. They certainly know what it’s like to struggle and overcome adversity. If you ever catch yourself thinking about some of our state’s great music legends, remember that they too were once “local musicians”.

Maybe going through this pandemic will bring inspiration to our local artists with them coming out stronger than before. It has certainly provided great material for future music and I’m anxious to see what they come up with. Hopefully for them, this pandemic will soon be a thing of the past and our local musicians can get back to doing what they love most.

Please support local musicians by following them on social media. Also, don’t forget to give them plenty of tips when you can!