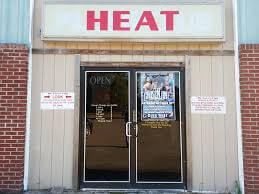 On Sunday morning, a man performed a drive-by on a nightclub in Tupelo. However, the crowd reportedly quickly fired back shots at the assailant.

The incident occurred at around 2 A.M., and the Tupelo Police Department is currently investigating the matter.

The shooting occurred at Club Heat on Senter Street with the suspect being in a red Ford Explorer. He has since been arrested.

No injures were reported in the shooting.