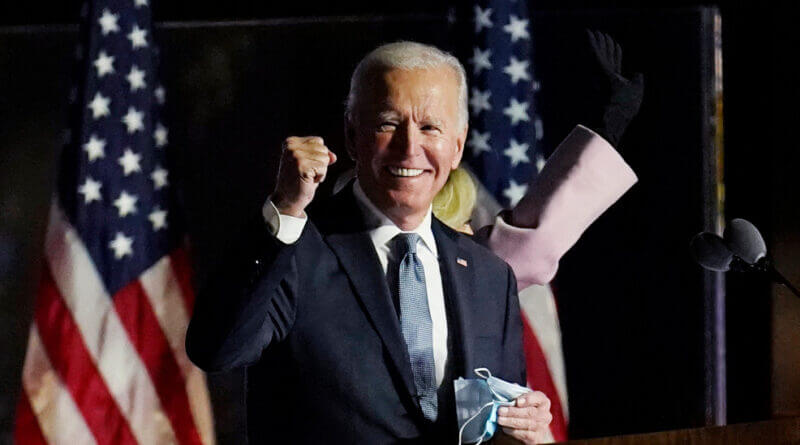 A change is coming to the Oval Office.

The Associated Press is the first news outlet to officially call the election in favor of the Biden campaign. Fox News has also called the race in favor of the former Vice President.

Biden was able to take the presidency back for the Democratic Party with great performance with voters in the “Blue Wall” in the northern part of the country compared to 2016 nominee Hilary Clinton.

The former vice president beat the incumbent president in both the electoral college and the popular vote.

In the electoral college, Biden bested Trump by a tally of 284-214 at the time of the race being called. As for the popular vote, Biden outperformed the president 50.6 to 47.7 percent.

The Biden campaign felt confident about their chances with massive wins in the battleground states of Wisconsin, Michigan, and Arizona.

After a long few tumultuous days, the calling of Pennsylvania for Vice President Biden is what pushed him over the mark of 270.

President Trump has insisted on various instances of voter fraud and election interference across the nation, and he has pledged to take this battle further with court intervention and recounts.

As of now, Biden will now prepare to be sworn in in January 20, and President Trump will finish the final months of his term.