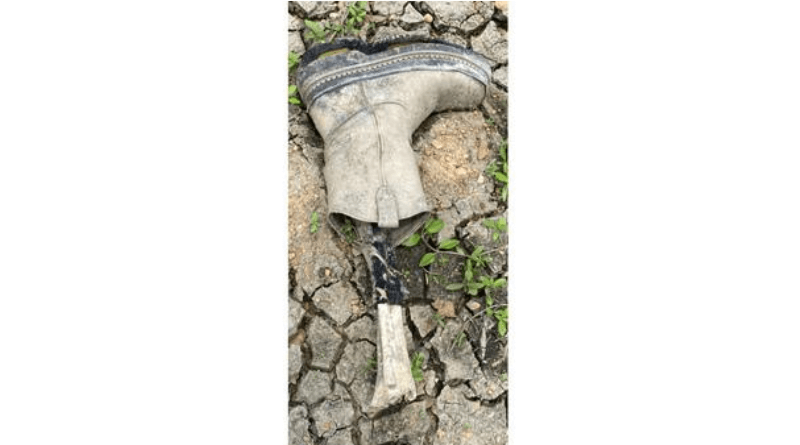 In Adams County, a boot was found containing remains of a human foot last month and they have identified the person who it belonged to.

The boot was discovered in an area known as “Anna’s Bottom”, which is located along the banks of the Mississippi River in Adams County.

It was found in July by the Mississippi Department of Wildlife, Fisheries and Parks officials at the time.

Adams County Coroner James Lee said the remains belong to 25-year-old Timothy Hearn. Hearn has been missing since falling off a tugboat in 2018.

“…The remains were sent to a forensic lab in St. Louis and we got 99.99% match from the mother’s DNA,” Coroner Lee stated.