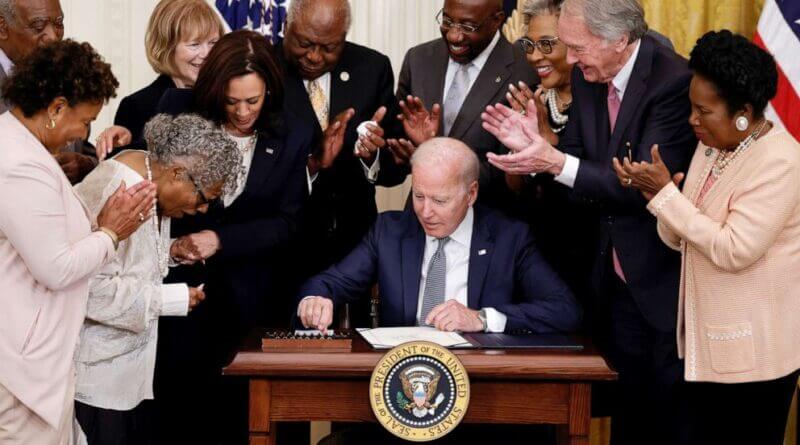 After passing as a bill through the House of Representatives and Senate, President Joe Biden officially signed into law Juneteenth, the celebrating of the June 19th anniversary of slavery’s demise being known through the southern states, as an official U.S. federal holiday.

The bill made it to Biden’s desk after passing by a 415-14 majority, of which only Republicans voted against the measure, in the House and passing unanimously in the Senate.

Juneteenth is now the 12th official federal holiday, and it is the first to be passed through since Martin Luther King Jr. Day in 1983.

Many federal buildings will observe Juneteenth on Friday, June 18 this year due to the holiday falling on a Saturday. However, the U.S. Postal Service has said they can not close this year due to service disruptions and short notice, but they fully recognize the holiday and will plan to do so in 2022.