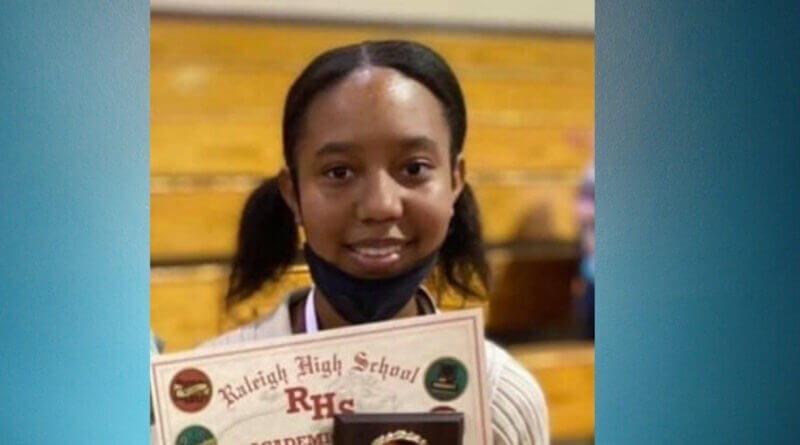 An eighth grader in Smith County passed away over the weekend after being diagnosed with COVID-19 — just days after parents and officials in the county pleaded for stronger virus protections as children went back into classrooms for the fall semester.

“We’re two weeks into school, and we already have babies dying,” Wilbon told Mississippi Today in an interview on Monday.

“This new delta (variant) is attacking babies, and we can see that is true. We can see that is very true,” Wilbon said to the crowd Sunday morning. “ … We’re all hurting this morning. We’re here on behalf of the transition of a child — a child that was right here attending class in this school last week.”

Wilbon’s comments echo those of the state’s top health experts in recent days and come as many of the state’s school districts have not issued mask mandates, despite the Mississippi Department of Health and Centers for Disease Control’s guidance that calls for universal mask-wearing in schools. State Health Officer Dr. Thomas Dobbs spoke candidly with a group of business leaders on the Mississippi Gulf Coast during a Zoom call last week.

Fourchildren, not including Robinson, have died of COVID-19 over the course of the pandemic in Mississippi, according to Mississippi State Department of Health officials. The most recent death occurred over the summer during the surge of the delta variant.

While Dobbs said many children get the virus and recover well, some have terrible outcomes. One top pediatrician in the state said as many as 15 to 20% of children who get the virus have long-term effects such as fatigue and difficulty breathing. On Monday, there were 22 children hospitalized at Children’s Hospital of Mississippi with the virus.

Dobbs pleaded with people to stop minimizing the virus and its toll on Mississippians.

“If your kid is that one kid, it’s 100% a tragedy for you,” he said. “I want people not to minimize the tragic situation we find ourselves in.”

Robinson’s death comes at a time when many prominent organizations have called on Gov. Tate Reeves to issue a statewide schools mask mandate. Those organizations include the Mississippi State Medical Association, the Mississippi chapter of the American Academy of Pediatrics, and the Mississippi Association of Educators. Reeves has said he has no intention of issuing such a mandate and has left the decision up to individual school districts.

On Aug. 6, Smith County schools began the year with no mask requirement for students and staff. By Aug. 10, several days before Robinson died, masks were required in schools. On Friday, the district of about 2,400 students reported 82 COVID-19 cases and more than 400 quarantined staff and children.

Smith County Superintendent Nick Hillman did not respond to requests for comment from Mississippi Today Sunday and Monday.

In Smith County, just 22% of the residents are fully vaccinated compared to 36% statewide.

In the days and weeks leading up to school beginning, some parents and medical professionals were sounding the alarm to try and get the schools to implement all possible precautions.

Amber Grayson, a nurse and the parent of a third grader at Raleigh Elementary, sent the school board videos of her child wheezing and undergoing a nebulizer treatment when she had been diagnosed with COVID-19 in July.

“I said look at this, you can use this as a reference. My child tested positive in July, and we also lost my father-in-law at the end of January from COVID,” said Grayson, who was asking school officials repeatedly to require students and teachers to wear masks.

When the new school year started and masks weren’t required, she debated whether to send her daughter back. And now, after hearing of Robinson’s death, she’s reconsidering again.

“I do not want to send my kid to school — I would much rather do virtual,” she said.

However, the Mississippi Department of Education last month required schools to resume in-person learning as the primary mode of instruction this year. Local school boards develop their own criteria for students who learn virtually.

The predicament is not unique to Smith County school officials and parents. School districts across the state are wrestling with what COVID-19 protocols to implement as Gov. Tate Reeves has repeatedly said he will not be issuing any statewide mandates like he did last year.

Teachers and pediatricians pleaded with Reeves last week to issue a mask mandate in the schools, but Reeves said Friday in his first COVID-19 press conference in months he has no intention of doing so.

READ MORE: Teachers, pediatricians urge Gov. Reeves for masks in schools: ‘It’s never too late to do the right thing’

The day before school started in Smith County School District, school board member Bill Hardin posted on Facebook that he would be calling an emergency meeting of the board to try and pass a mask requirement.

“I personally am not willing to risk the first child to this virus if we could have done something to try and prevent it,” Bill Hardin wrote. The post garnered “thank you” comments along with several expressing anti-mask sentiments.

“So nice to live in a free world until some elected official tells you, you have no choice at freedom,” one commenter wrote.

Hardin in his post also criticized the lack of guidance from state leaders to schools. The Mississippi Department of Education disseminates state Department of Health information to school districts, but department officials said the governor and MSDH have authority over mask mandates, vaccinations and COVID-19 protocols.

“The only real guidance the district has received has come from the Mississippi Department of Health. The governor has delegated this decision to each of the districts,” he continued. “I do not know MDE’s role in this pandemic. Folks, Smith County is on our own!”

“I believe that one day I will have to answer to my maker for many decisions I’ve made,” he wrote. “I don’t think he will question me on this one.”

READ MORE: As politics get tough, Gov. Tate Reeves passes the buck on masks in schools