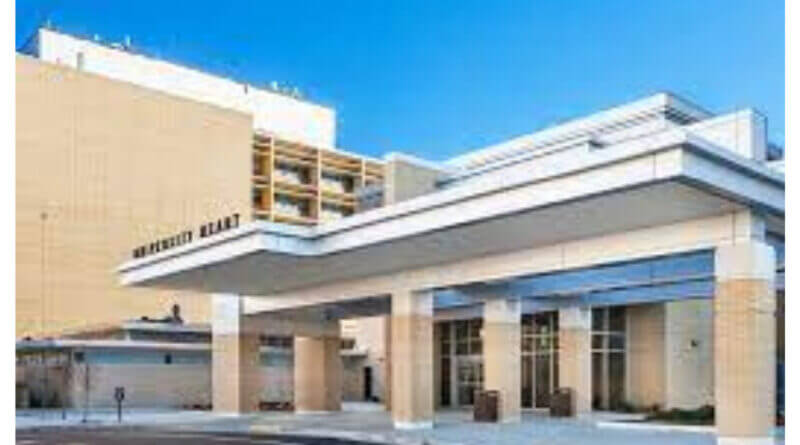 by Will Stribling, Mississippi Today
August 12, 2021

As Mississippi’s top medical professionals worked to sound the alarm on Wednesday about an imminent failure of the state’s hospital system due to the surging COVID-19 pandemic, Gov. Tate Reeves downplayed the severity of the situation and urged Mississippians to “remain calm.”

The contrast in approaches on Wednesday is illustrative of the gulf between the crisis at hand and the government’s lack of response to it. And at the worst moment so far of the pandemic, all Mississippians — COVID-stricken or otherwise — may soon not have adequate hospital care at their disposal.

The University of Mississippi Medical Center is so overwhelmed with COVID-19 patients during the state’s worst wave of cases that it is constructing a field hospital in a parking garage to increase capacity.

The state’s largest medical center, completely out of staffed intensive care unit beds, is just one of the many medical facilities across the state on the verge of collapse as the delta variant causes a level of need the state’s healthcare workers cannot meet.

“If we track back a week or so when we look at the case positivity rate, the rate of new cases, the rate of hospitalizations — if we continue that trajectory within the next five to seven to 10 days, I think we’re going to see failure of the hospital system in Mississippi,” Dr. Alan Jones, UMMC associate vice chancellor for clinical affairs, said during a press conference on Wednesday.

Dr. LouAnn Woodward, UMMC’s vice chancellor, called the field hospital “a Band-Aid,” noting it as a helpful but limited addition to the hospital’s toolkit. It will be able to host a maximum of 50 COVID-19 patients, and UMMC expects the federal government to send between 30-35 medical professionals to staff it.

The current COVID-19 crisis is, for the most part, not one for lack of hospital beds and ventilators, but of staff. Mississippi has around 2,000 fewer nurses working than it did a year ago, and every hospital in the state is feeling that strain. Lee McCall, CEO of Neshoba County General Hospital, tweeted a desperate plea for help to Gov. Reeves on Tuesday, saying the hospital’s staff “are all at our breaking point.”

Meanwhile, Reeves took to social media on Wednesday to break his lengthy silence on the pandemic, providing an update on actions being taken across the state to address the COVID crisis. This includes the Mississippi Emergency Management Agency requesting that other states help supply Mississippi with healthcare workers, and pursuing contracts with private companies for travel nurses.

“My number one goal from day one of this pandemic has always been to protect the integrity of our health care system,” Reeves said in a social media post.

In his post, Reeves also attempted to downplay the severity of the crisis — laid out bluntly by the state’s top medical professionals on Wednesday — by claiming that the situation in Mississippi hospitals is no worse than it was a year ago.

Reeves claimed that Mississippi’s total number of hospitalizations “remain below where they were at our peak from August of 2020.” This is false. In August 2020, COVID-related hospitalizations peaked at 978. As of Tuesday, that number was 1,378.

When asked about these discrepancies during a press conference Wednesday afternoon, State Health Officer Dr. Thomas Dobbs confirmed that daily hospitalizations are higher than ever and “undeniably going to be increasing.”

It is also worth noting that while several hospitals have announced vaccine mandates for their employees, none are currently implemented. Woodward said on Wednesday that UMMC has not seen a loss of staff due to its vaccine mandate, the first of its kind in the state, which will not go into effect until the vaccine receives full approval from the U.S. Food and Drug Administration.

“That doesn’t mean we won’t (lose staff). I hope that we don’t,” Woodward said. “At this point in time, that’s not a factor.”

Health experts continue to stress that being fully vaccinated is the only adequate protection against COVID-19. Though Mississippi’s vaccination rate has increased significantly in recent weeks, it still lags behind 48 other states.

Dobbs expressed his frustration with those declining the protection offered by COVID vaccines on Wednesday, noting that they are driving the surge in cases, hospitalizations and deaths that has brought the state’s healthcare system to its knees.