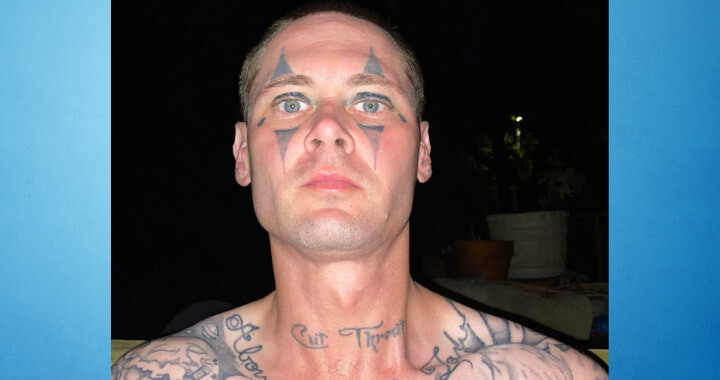 A known Mississippi gang member is wanted by police related to a recent burglary.

On the morning of Thursday, December 16, 2021, Terrence Lee Gay, along with his girlfriend, Mary Comeaux (already in custody), burglarized a residence in the Latimer community of Jackson County, according to Jackson County Sheriff’s Department.

Terrence is a known Simon City Royal and covered in tattoos. He is listed on NCIC.

If you know his location, contact Crime Stoppers by downloading the app, P3 Tips or by calling 1-877-787-5898. ALL PERSONS ARE PRESUMED INNOCENT UNTIL PROVEN GUILTY