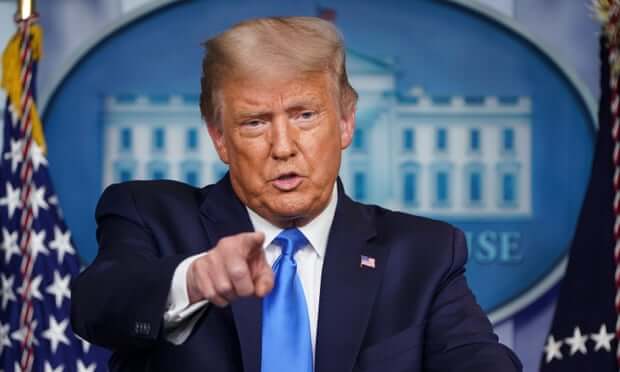 Many Republican leaders quickly dismissed and rebuked comments that came from President Donald Trump about a peaceful transition of power if one comes as a result of the upcoming presidential election.

“Well, we’re going to have to see what happens,” said President Trump in a White House presser on Wednesday evening, which only served to escalate concern that Trump will not accept a possible loss in the election.

These comments came as a result of Trump’s continued challenge against mail-in ballots.

“Get rid of the ballots and we’ll have a very peaceful … there won’t be a transfer, frankly – there’ll be a continuation.”

After these comments, many top Republican leaders released comments on Thursday ensuring a potential transfer of power would take place peacefully.

“The winner of the November 3rd election will be inaugurated on January 20th. There will be an orderly transition just as there has been every four years since 1792,” stated Senate Majority Leader Mitch McConnell.

“I can assure you it will be peaceful. Now we may have litigation about who won the election, but the [supreme] court will decide and if the Republicans lose, we will accept that result. But we need a full court,” said Senate judiciary committee chairman Lindsey Graham