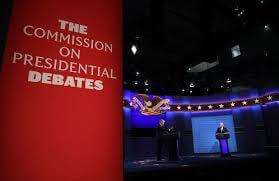 On Thursday evening, the Commission On Presidential Debates announced the change in debate format to conduct the second debate between candidate Joe Biden and incumbent Donald Trump virtually.

The candidates will be set in separate, remote locations that will shift the format of the debate into one like a town hall, the commission stated.

President Trump has called out the commission on their decision, and he has claimed in an interview with Fox News he will not be participating.

“I’m not going to do a virtual debate.” Trump called the debate in its new format “a waste of time.”

Meanwhile, Democratic candidate Biden’s campaign has already announced his excitement to be a part of the second debate.

“”Vice President Biden looks forward to speaking directly to the American people and comparing his plan for bringing the country together and building back better with Donald Trump’s failed leadership on the coronavirus that has thrown the strong economy he inherited into the worst downturn since the Great Depression,” Biden deputy campaign manager Kate Bedingfield said.