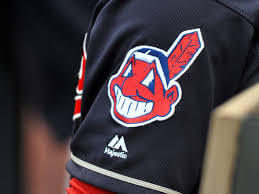 Just like the Washington Redskins earlier this year, another professional sports franchise has dropped its nickname due to outcries over its possible offensive nature.

Word of the name change broke Sunday night after rumors had swirled about ownership looking into the possibility of dropping the “Indians” nickname from the illustrious Cleveland franchise.

This process began back in 2019 when the team announced it would no longer be utilizing the “Wahoo” logo, which depicted a red-faced Native American.

A full statement from the team about the name chance can be read below.