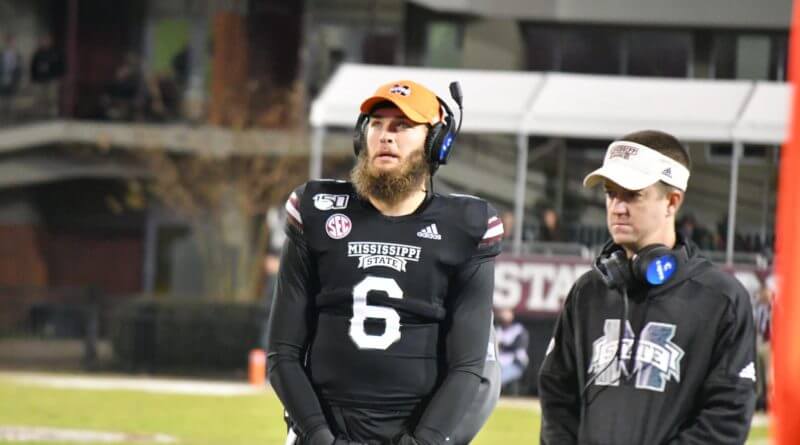 Former MSU starting quarterback Garrett Shrader, who made the move to wide receiver under head coach Mike Leach, has enter the transfer portal according to a source from the Mississippi Sports Group. The news was first reported by Matt Zenitz of AL.com.

Shrader started four games at quarterback for the Bulldogs in 2019 completing 57.5% of his passes for 1170 yards. He threw 8 touchdowns with 5 interceptions.

Shrader also proved himself capable as a rushing threat in 2019, putting up nearly 600 yards and six scores.

Some have called for Shrader to get an opportunity this season as teams have dropped eight into converage on most snaps since week one. Instead, he has been converted to a wide receiver. He has caught one pass for 8 yards this season.

Shrader will not get an opportunity in the Air Raid going forward.