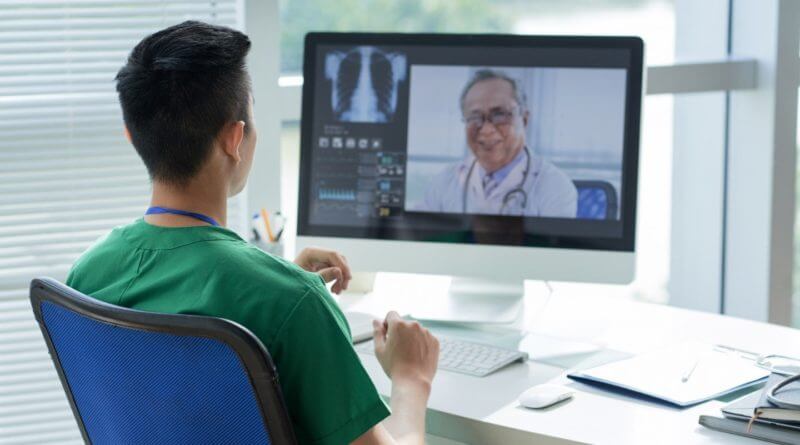 State medical board loosened telemedicine rules — then quietly changed some back

Alex Azar sent an urgent and clear letter to states last week: loosen telemedicine restrictions on who can practice medicine through video and audio, and where.

“Responsive health professionals will be vital to swiftly containing and eradicating COVID-19 cases in America, as well as treating our citizens during this critical time of need,” said Azar, the secretary of the U.S. Department of Health and Human Services.

“Doctors and nurses serving on the front lines of this outbreak are at risk of infection and some may be unable to treat patients due to quarantine. They need backup. Your help is needed to ensure health professionals maximize their scope of practice and are able to travel across state lines or provide telemedicine to communities where they are needed most.”

Just a week earlier, Mississippi’s Board of Medical Licensure had already checked off two out of three of Azar’s requests. The medical-licensure board had opened the state to emergency licenses for out-of-state physicians to treat Mississippi patients through telemedicine during the COVID-19 pandemic, and loosened some restrictions on the practice itself.

Essentially, medical-licensure board’s move made it easier for patients to access care through telemedicine because primary care clinics now restrict access to prevent coronavirus spread. In addition, most higher level care facilities are starting to reserve care, procedures and space for the growing number of COVID patients.

By relaxing some restrictions on telemedicine, the medical licensure board allowed doctors to start practicing telemedicine with a patient without a existing relationship. Traditionally, providers must see patients in-person before switching to telemedicine services, but that regulation was waived due to the state’s shifting medical needs.

The medical board did not announce the change nor did the state medical association. After making the initial announcement, both the state board and the association uploaded the new proclamation to their respective websites.

At least 24 other states have broadened licensure requirements during the pandemic, allowing out-of-state providers to practice telemedicine more easily, not restricted to established patients.

As of Thursday afternoon, Mississippi has 1,177 cases of COVID-19 and has seen 26 deaths. The state currently has the highest hospitalization rate in the nation at 31 percent, the 12th highest rate of testing at 560 per 100,00 residents, and the 19th most cases per-capita at 36 per 100,000 people, according to states’ health department data gathered by The COVID Tracking Project.

Dr. Ken Cleveland, executive director for the medical-licensure board, said the board all along preferred the wording of the second, more restrictive proclamation. The medical board only meant to authorize out-of-state doctors to practice telemedicine for specialty care and only with existing patients. But because of the first proclamation’s wording, the board was flooded with emergency licensure applications from around 1,200 out-of-state providers, Cleveland said.

“We didn’t get that language exactly right, which opened up essentially any physician that wanted to do telemedicine into Mississippi could,” Cleveland said, adding that the board could not reasonably vet that volume of applications, including performing licensure background checks, which the federal government databases through the National Practitioner Data Bank.

Azar’s request was in line with other recent federal guidelines that have widely opened access across geographic borders to bolster routine health care networks while emergency focus pivots to COVID preparation. The Centers for Medicare and Medicaid have issued a slew of new guidelines that slice through red-tape like payment hurdles and care settings. Azar’s agency also temporarily lifted some HIPAA regulations, allowing for patients to access telemedicine from almost any private portal, like a traditional phone line to Facebook, Skype and Zoom.

Though it’s grown in scope, access and familiarity among providers and patients alike, telemedicine is still heavily regulated in terms of technology, reimbursements and who can use the services.

Even before the pandemic, telemedicine was gaining ground in Mississippi as an answer to high rates of preventable hospitalizations, cost savings and long-term care improvements in a state with the fewest physicians per-capita. The state was ahead of the curve in some ways in its early adoption and policymaking, requiring insurers to reimburse telemedicine visits at the same rate as in-person visits, according to research from the Mississippi Center for Health Policy. Still, Mississippi has remained strict about other regulations, such as emergency telemedicine and reserving the tool for in-state providers with existing patient relationships.

HHS’s new guidelines and Azar’s request minimize regulations and barriers across the nation even further, with a clear message: the pandemic is shifting care models to all-hands deck — everyone who can be utilizing telemedicine to get routine care right now, can and should.

Bolstering telemedicine capacity has been heralded as a solution to buttress primary routine care as well as help alleviate COVID screening and treatment bottle-necks in both telemedicine portals and clinics.

The American Medical Association, a powerful professional organization that represents physicians, has urged doctors to embrace telemedicine during the pandemic. The association issued briefs on how best to do so for their own business, and encouraged medical boards to lift restrictions on both the practice and out-of-state doctors’ ability to cross state lines through telehealth.

Advocates for reducing geographic barriers to care say the reversal flies in the face of telemedicine and will ultimately harm Mississippi patients.

Jameson Taylor, a policy researcher and lobbyist for the Mississippi Center for Public Policy, a conservative advocacy organization based in Jackson, says the medical-licensure board’s telemedicine reversal blocks access for patients when they need it most.

“It’s inexcusable that the board is not doing everything that they can to increase the supply of qualified health care professionals. It seems to me that the board only cares about power, if they cared about the safety of Mississippi patients they’d be pursuing policy that increases (the) supply of qualified health care providers. Instead, they’re limiting supply when we already have a doctor shortage in Mississippi. They’re increasing wait-times for patients and they’re closing off opportunities for care,” Taylor said.

Cleveland, of the medical licensure board, says the intent is to broaden access for patients needing specialty, not routine, care who already have providers in other states, but would usually have to travel. The new proclamation did keep language to reduce red-tape for in-state doctors during the emergency, allowing them to pursue telemedicine without an in-person patient visit first.

“So then we clarified the language to make sure that, moving forward, everybody understood this was for doctors outside of Mississippi that had existing patients within in Mississippi,” Cleveland said. “In my opinion, it (new applications) was just somebody trying to take advantage of the situation for profiting reasons, not for trying to be helpful reasons.”

“We’re not just talking about primary care we’re talking about using telemedicine to treat a variety of patients who are going to be better off sheltering in place right now, who might just need a little bit of care,” responds researcher Taylor. “They might just need prescription here or there, and maybe they don’t have that pre-existing relationship with a healthcare provider,” he said, adding the likelihood they have an out-of-state pre-existing relationship with a provider is even lower.

“We have no indication that we need an influx of physicians in Mississippi right now. There is not a doctor shortage in Mississippi at the current time,” Cleveland said. “The main job of the Board of Medical Licensure is to protect the safety and the welfare of the people of Mississippi , there is no way that we can appropriately perform that function if we’re flooded (with) out of state emergency licensure request.

He continued: “So there has to be some way to control that. And if we get into a situation where we need more physicians to either reach into Mississippi via telemedicine or to physically come into Mississippi, then we will address that at the appropriate time, but currently that is not the case.”

Now the state is faced with the threat of its health care system reaching capacity, sooner rather than later. According to recent models, which are used by health officials across the nation to anticipate hospital needs, Mississippi COVID care won’t peak until April 19, when the state will need more ICU beds than are available and more than 400 ventilators. As of Wednesday, the state had the highest rate of COVID hospitalization in the nation.

Gov. Tate Reeves, who issued a statewide state-at-home order this week, said Thursday he had been in talks with the medical board about loosening regulations during the emergency, but declined to offer specifics. Up to this point, his focus, led by state health officer Thomas Dobbs, has mostly been on increasing testing capacity, case surveillance and isolation and hospital surge capacity.

“We’ve been in conversations with individuals at state medical board regarding a lot of different measures that we can take to relieve pressure on system here,” Reeves said. He added that officials are considering ways to use auxiliary medical staff creatively, if they’re out of a job or taking time off, but did not mention out-of-state providers. “We’re looking at ways to expand with capabilities should things continue to get worse,” he said.

Dobbs added that most physicians in the state are underutilized currently due to the postponement of non-urgent care. “The clinics are empty and they’re not busy,” he said. “We’ve decompressed the system. What I would say first and foremost, your local physician is available almost certainly for your normal medical needs.”

He added, “We do have adequate health care capacity within the state and with our local doctors and providers to provide the care that’s needed. We just prefer it be through telehealth options if possible.”