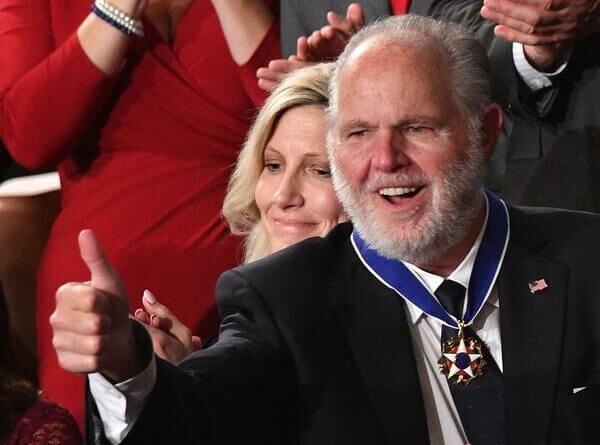 Legendary conservative talk show and radio host Rush Limbaugh has passed away at the age of 70, his wife announced at the beginning of Limbaugh’s show on Wednesday.

“I know that I am most certainly not the Limbaugh that you tuned in to listen to today,” Kathryn Limbaugh said. “I, like you, very much wish Rush was behind this golden microphone right now, welcoming you to another exceptional three hours of broadcasting. … It is with profound sadness I must share with you directly that our beloved Rush, my wonderful husband, passed away this morning due to complications from lung cancer.”

Back in February of 2020, Limbaugh announced that he had been diagnosed with advanced stage four lung cancer.

A day after his cancer announcement, former President Donald Trump announced that Limbaugh would be awarded the Presidential Medal of Freedom.