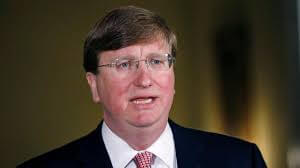 On Tuesday, Governor Tate Reeves announced that he had appointed two individuals to the Mississippi State Board of Education.

The individuals are Angela Bass of Jackson and Glen East of Gulfport.

The full press release can be read below.

“Mississippi’s children deserve our steadfast commitment to improving education. We must continue to improve outcomes for these students without fear of upsetting the status quo. I am confident that Angela and Glen will serve with honor and represent the interest of parents, teachers, and–most importantly–students. Their achievement has to be our top priority,” said Governor Tate Reeves.

Dr. Angela Bass served as a Teach for America corps member and studied education policy and management at the Harvard Graduate School of Education, later becoming a teacher in both the Tunica and Desoto County school districts and an administrator at the KIPP Memphis Collegiate High School. She currently serves as the Executive Director of the Mississippi Early Learning Alliance.

Mr. Glen East serves as the Superintendent of the Gulfport School District. The district represents 10 schools and approximately 5,800 students. It has been designated an Excellence for All School District.