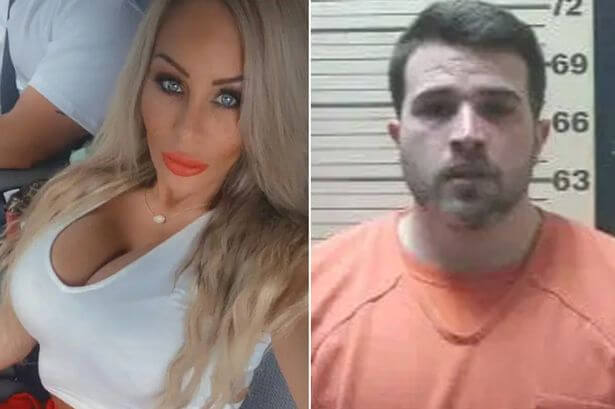 Brittany Rhea Phillips, a 26-year-old Mississippi model and mother of two, died after she was run over
by her ex-boyfriend’s car in late November of 2020.

James Heath Kitchens is now being charged with
manslaughter in the incident that occurred just outside Starkville.

Oktibbeha County Sheriffs Deputies
were called to Riviera Road on Saturday November the 21 around 8 p.m. after a witness placed a call to
911 and reported what they believed to be a car accident involving a pedestrian, WCBI reported.

Brett Watson an Oktibbeha County Investigator, told WCBI, that the pedestrian who was struck, Brittany
Phillips, was brought to the OCH Regional Medical Center by ambulance where she was pronounced
dead early on Sunday morning.. investigator Watson also stated that deputies believe the incident
stemmed from a “domestic situation” but did not elaborate with any further details explaining why they
believed that.

Phillips, leaves behind a 7 year old daughter and a 10 month old son. Kitchens is reportedly the father of
Phillip’s youngest child.

Rachel Phelps, a close friend of Phillips said in an interview with a local news outlet , “That was the
mother of his child that he ran over,”

She alleged Kitchens was abusive and said the pair had been in a rocky relationship before Phillips’ death.
Her obituary in The Daily Journal said Phillips had been a licensed cosmetologist who founded the
company Beauty Perfected.

Phillips had also been pursuing a degree at Mississippi State University. Her family now plans to open a
home for abused women in her honor, the obituary said
WTVA, reported that Phillips ex boyfriend, 30 year old James Heath Kitchens is a former police officer
who served with the Tupelo Police Department until May of 2020. Kitchens had been employed by the
department since January 2019

According to James Kitchen’s Facebook page he studied Criminal Justice at itawamba Community
College and he graduated in 2014. He studied basic Law Enforcement Training in Tupelo and graduated
in March of 2019.

Kitchens has since posted his $25,000 bond, and has been released from the Oktibbeha County jail.