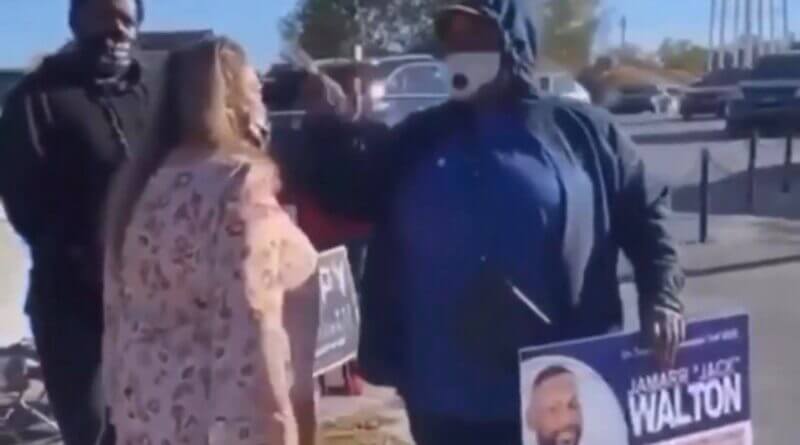 A Mississippi Election Commissioner was involved in a fight with supporters of her opponent near a polling on election day.

The incident was between Sheri McClatchy and an as of yet unnamed supporter of her opponent Jamarr Walton.

The fight was caught on video, available below.

McClatchy is the District One Marshall County election commissioner.

A facebook post after the incident indicates that McClatchy was taken to a nearby hospital as she was said to have loss of vision.