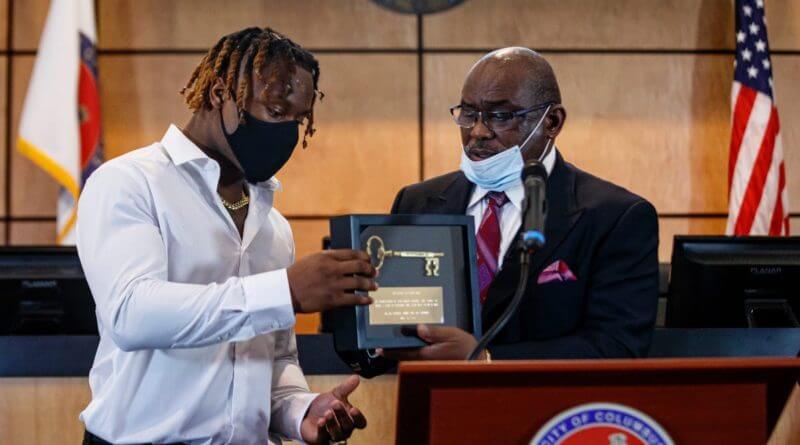 A month ago, Kylin Hill took a stance, one that he voiced on the social media platform Twitter. In his tweets, Kylin let it be known that he was in favor of removing the Mississippi state flag . He also stated in his tweets that he would not play football in the Magnolia State until the flag had been changed. His stance drew mixed reactions as it made its rounds across the internet. However, his tweets were met with overwhelming support.

“Other than some negative comments on social media, everything has been calm,” The All-SEC running back went on to say that he has had great support from his Bulldog family and that they were behind him 100 percent. “Anybody involved with Mississippi State was behind me 100 percent so it’s been real good.”

The push to remove the state flag had gained traction as coaches and administrators of multiple universities went to the state’s capitol to lobby the idea. Then, on June 30, Governor Tate Reeves signed a bill to remove the state flag in Mississippi. The bill also bans the use of Confederate emblems on the future state flag. The demands made by Hill, along with many others who supported the change, were now met.

To recognize Hill for his efforts in helping bring about the removal of the state fag, the mayor and council members of Columbus, MS presented Kylin Hill a key to the city.

MSU Athletic Director John Cohen attended the event yesterday and said that Hill does everything the right way and that he will forever be known as a spark. Cohen, also praised Hill for helping lead a charge in the community and state in which he cares so much about.

I’m sure Kylin Hill is looking forward to his final season as a Bulldog as he puts the flag issue behind him.

“It’s a lot of relief off of a lot of people’s shoulders,” said Hill.