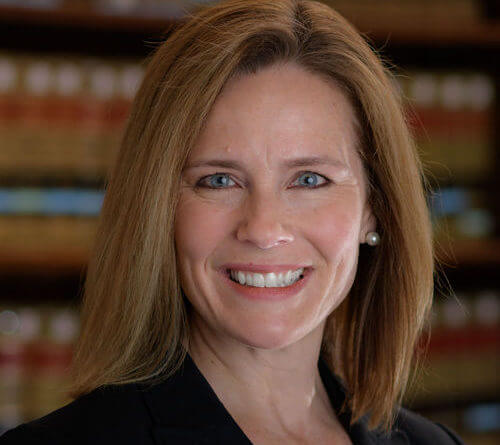 After the passing of longtime Supreme Court justice Ruth Bader Ginsburg last Friday, much attention has been drawn to the appointment of the next justice and its proximity to the general election.

Despite most Democrats and few Republicans disagreeing with President Trump placing a justice with an election so soon due to the blocking of Merrick Garland in 2016, Senate Majority Leader Mitch McConnell and President Donald Trump have insisted that spot must be filled immediately.

According to multiple reports, the Commander-in-Chief has his nominee for the position.

Trump is expected to announce on Saturday the nomination of Amy Coney Barrett to fill Ginsburg’s vacated seat.

Barrett, a servant of the 7th Circuit Court of Appeals since 2017, has long been suspected of being the heir apparent to the seat if Trump received the opportunity to appoint another judge.

She is a favorite among conservatives, and is well-known for her negative views towards abortion.

The potential confirmation of Barrett could see the conservative advantage of the court rise to 6-3 in terms of judges.