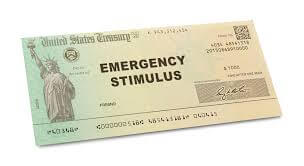 The United States Senate is set to vote on a COVID-19 relief package that will equal an amount close to $500 million.

This plan does not include a $1,200 stimulus check for many Americans as the CARES Act did earlier in the year.

Senate Majority Leader Mitch McConnell expects the package to receive a vote on the Senate floor on Wednesday. The plan will include funding for schools, small businesses, and unemployment.

“Nobody thinks this $500B+ proposal would resolve every problem forever,” McConnell stated Saturday. “It would deliver huge amounts of additional help to workers and families right now while Washington keeps arguing over the rest.”

This comes after rejections by GOP leadership of President Donald Trump’s proposal of a larger package that would include $1,200 checks for Americans.

The bill will most likely die in the vote with Democrats very outspoken against such a small economic package.

Treasury Secretary Steven Mnuchin has seemed extremely pessimistic about the possibility of a relief package being agreed to before the election.