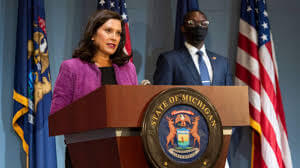 The Federal Bureau of Investigation charged six individuals on Friday in connection with their discovery of a right-wing militia group’s plans to kidnap Michigan Governor Gretchen Whitmer.

The group had planned for 200 individuals to storm the Capitol Building in Lansing while kidnapping many high-ranking officials, including the governor.

The group also planned to put Whitmer on trial for treason against the state of Michigan.

The FBI became aware of discussions from this group in early 2020 of “discussing the violent overthrow of certain government and law enforcement components,” and “agreed to take violent action.”

The group also purchased many weapons, conducted surveillance on the Capitol Building and Whitmer’s vacation home, and conducted field training in preparation of the plot.