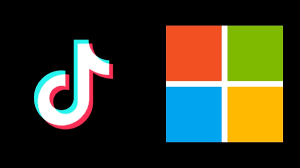 After a highly tumultuous weekend for the viral video social media app TikTok, Microsoft confirmed that it will continue to move forward with discussions to purchase U.S. operations from Chinese company ByteDance.

This news comes after confirmation of a discussion about the possible sale between President Donald Trump and Microsoft CEO Satya Nadella. After agreeing to allow Microsoft to pursue a purchase, the President imposed a 45-day deadline for the sale to be agreed upon and finalized.

TikTok was set to be banned from operating in the United States by the Commander-in-Chief over concerns about national and data security being pulled from the application by China. Trump said aboard Air Force One on Friday that the app would be banned by executive order.

Microsoft put out statements thanking the President for his involvement in ensuring the safety of citizens’ data and promised to keep any data they would acquire in a potential sale inside the country.

“Microsoft appreciates the U.S. Government’s and President Trump’s personal involvement as it continues to develop strong security protections for the country.”