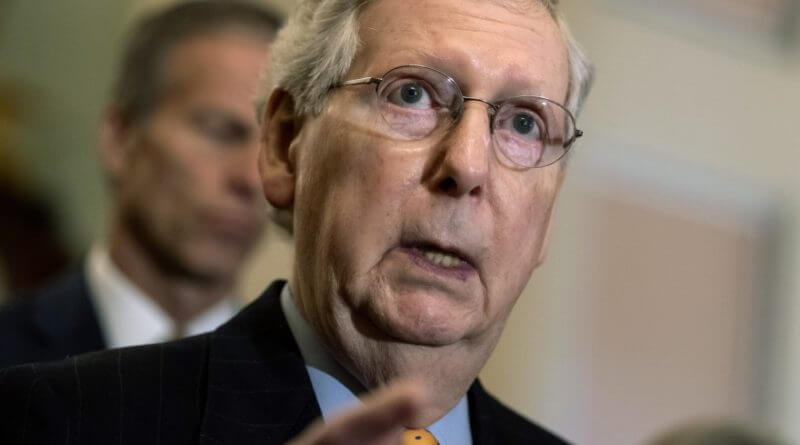 A potential bipartisan coronavirus relief package estimated at around $900 billion is beginning to collapse after Senate majority leader Mitch McConnell stated that Republican senators will not support $160 billion in state and local funds being a trade-off of pushing this package through.

McConnell has consistently criticized Democratic leadership for bailouts to states and wants the package to be more targeted in its aid.

The words from the longtime Kentucky senator bring more disagreement and tension to a deal that has been discussed and worked on since the first relief package was approved in April.

Along with this package which will be discussed Friday, a must-pass government funding bill will be on the agenda. If this isn’t passed, a government shutdown could take place as early as Saturday.