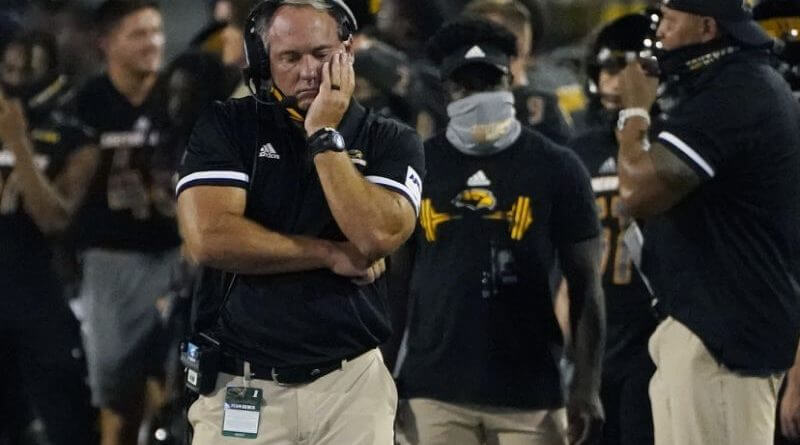 After a disappointing 32-21 loss to South Alabama to open the 2020 season, Southern Mississippi Head Football Coach resigned in a “mutual parting” by the coach and the university.

Coach Hopson came to me after last Thursday’s game to discuss what was on his heart, and after much discussion over the weekend, he and I agreed that new leadership for our football program is needed,” stated athletics director Jeremy McClain on Monday.

Hopson is leaving a program he inherited five years ago from Todd Monken. He finishes his tenure with a 28-23 record and three bowl game.

Hopson previously served as a head coach at Alcorn State and assistant at Ole Miss. He had also served as an assistant for the Golden Eagles

Scotty Walden, one of the co-offensive coordinators, will serve as interim head coach for the remainder of the 2020 season.