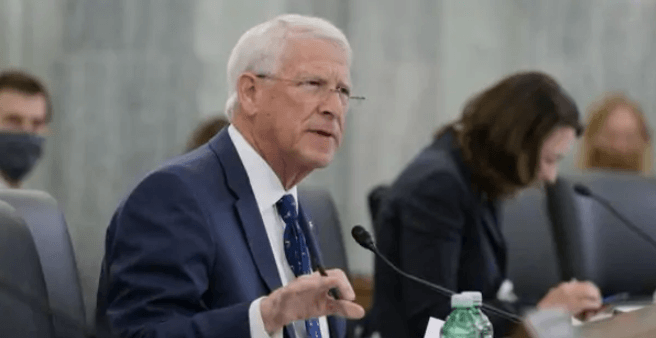 Note: The following is Sen. Roger Wicker’s Weekly Report and provided by the Senator’s office.

Every year in January, thousands of Americans trek to our nation’s capital to march on behalf of the unborn. Yet this year’s March for Life was different. For the first time in 50 years, those who gathered did so free from the moral blight of Roe v. Wade, the 1973 decision that legalized abortion nationwide. Last summer, the Supreme Court reversed this historic injustice in its decision in Dobbs v. Jackson Women’s Health Organization, a case out of Mississippi. As a result of that ruling, states are now free to protect life in the womb.

This new chapter in the pro-life movement was reflected in Friday’s march. Instead of walking directly to the Supreme Court, as in years past, pro-life marchers walked from the National Mall to the U.S. Capitol, reflecting the need to pass pro-life legislation in Congress. I have long been an advocate for the unborn, and I am eager to renew our efforts to pass pro-life laws in this new era of possibility.

The Dobbs ruling brought about a sea change in laws protecting the unborn. Whereas all 50 states were once required to permit abortion under Roe v. Wade, pro-life convictions are finally being reflected in state laws. Today, 14 states including Mississippi have enacted near-total bans on abortion, with a 15th ban soon to take effect in Iowa. Six additional states have bans that are currently held up in court. Notably, Florida has banned abortion after 15 weeks, and Georgia now has a heartbeat law protecting life after six weeks. Taken together, these laws have saved tens of thousands of lives in the womb since the Dobbs ruling.

Predictably, the Biden Administration has fought back fiercely against any and all efforts to protect unborn children. On January 3, the Biden FDA officially cleared the way for abortion drugs to be sent by mail. It also released guidance allowing pharmacies to become certified distributors of chemical abortion pills. These anti-life policies are shameful, and I recently joined fellow pro-life members of Congress in urging the Administration to reverse course.

This is not all. Last year, congressional Democrats tried to re-impose abortion-on-demand on the entire nation, attempting to force every state to allow gruesome late-term abortions. Thankfully Republicans defeated this radical proposal, and the new House Republican majority will now remove the threat of such a bill for the next two years. Yet the Democrats’ enthusiasm for abortion and complete lack of respect for state laws protecting life were disheartening to say the least. I will continue to advocate vigorously for the unborn, including by preserving the Hyde Amendment, which protects taxpayer dollars from going toward abortion.

The remarkable gains we have made for life are a credit to countless Americans who have served in the pro-life movement. Mississippi recently lost one of these heroes with the passing of Dr. Freda Bush. In her 30 years as an OB-GYN, Dr. Bush worked on the front lines advocating for unborn children and their mothers, inspiring doctors, nurses, and citizens across the country. Her rise from nurse to doctor to pro-life leader was an American success story, and her legacy now lives on in the pro-life victories we celebrate. We can honor her best by continuing to advance the cause of life she so faithfully served.