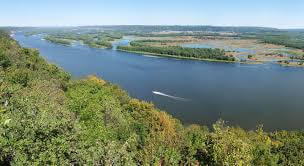 Crews are continuing to search the Mississippi River after two hunters have been reported missing after conducting a hunt in the Vicksburg area.

Warren County Sheriff Martin Pace said on Sunday that the search has been narrowed down to a three-to-four mile stretch of the river for Gunner Palmer, 16, and Zeb Hughes, 21.

The two went missing on Thursday in an attempt to scout Davis Island for a next-day duck hunt.

The boat and gear of the two men has been recovered by investigators, but fear has arisen about their condition due to low temperatures and dangerous weather.

“This is a very brutal environment to survive in, so we have no way of knowing at this point if these young men made it out of the water, or whether they did not,” said Pace.