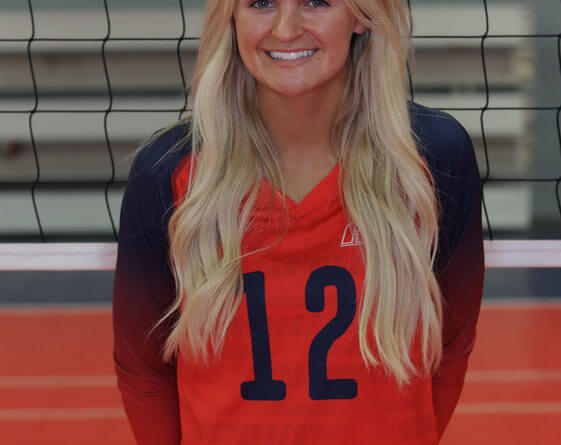 In the midst of her first spring at the helm of the Ole Miss Volleyball program, head coach Kayla Banwarth has announced an addition to her 2020 roster, welcoming incoming freshman Callaway Cason to the red and navy this fall.

“Callaway is a valuable addition to our 2020 class,” Banwarth said of her newest addition. “She is an extremely talented setter from a well touted club out of Atlanta. She will be a great fit for the culture we are building here at Ole Miss. Her work ethic, competitiveness and learner’s mentality will be vital contributions to our team.”

Cason, a product of Villa Rica, Ga., attended The Walker School, in Marietta, Ga., and helped guide the Wolverines to a regional championship, state runner-ups, and two Final Four appearances during her career.

A three-year varsity setter, Cason was dubbed with special mention All-American honors by PrepVolleyball during her senior season and was an Andi Collins Award finalist, given annually to the best high school senior in the nation.  She was awarded with an All-Area 6A Player of the Year plaudit as well as all-county and three-time all-state recognition.

Cason was chosen as The Walker School’s MVP each of her sophomore, junior, and senior seasons, and finished her career with over 4,000 career assists, the third-most all-time in Georgia state high school history. Her 9.52 assists per set also ranks third all-time.

Callaway has been a member of the A5 Volleyball Club out of Atlanta since 2016. She has helped guide the squad(s) to two national open qualifier titles, and another three top three finishes in the event. Named a AAU All-Star, Cason helped A5 to two Top 5 finishes at the Open Nationals, where the team is expected to compete against this June, pending the current nationwide health crisis.

A5 Volleyball Club has chosen Callaway to its international showcase the last three seasons, playing professional teams and their Junior National Teams in Italy, Japan, and Africa. Cason and her A5 clubmates spent last summer traveling with the Olympic team from Botswana, showcasing with them throughout the country.

Cason hails from an athletic family; her father Rob was a pole vaulter for Kennesaw State and later Georgia, and sister Cassidy was a setter for Rollins College in Orlando, Fla.