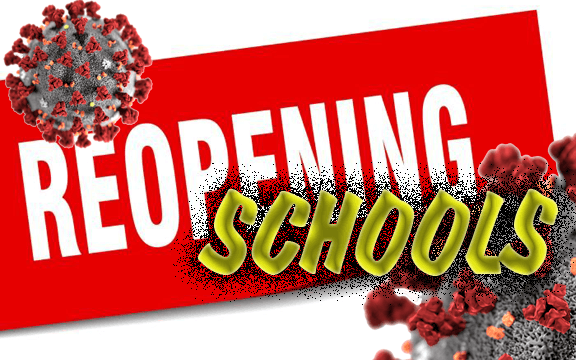 As cases of Covid-19 continue to climb daily and mandatory mask orders are being implemented, Gov. Tate Reeves is still insistent on reopening the schools across Mississippi. According to Reeves, the greater risk is not opening schools. In a Facebook post made yesterday, July 30th, the governor quoted Centers for Disease Control’s, Dr. Robert Redfield, “You know, a lot of kids get their mental health services, over 7 million, in school. A lot of people get food and nutrition in schools. Schools are really important in terms of mandatory reporting sexual and child abuse.”

Now taking a step back, schools are meant to be institutions for learning but have become a method of socialization, mental health facilitation, nutritional sources, and safe havens against abuse. These are issues that have fallen at the feet of our teachers but stem from much larger socioeconomic problems. According to the United Nations,  “poverty is fundamentally a denial of choices and opportunities, and a violation of human dignity. It means lack of basic capacity to participate effectively in society. It means not having enough to feed and clothe a family, not having a school or clinic to go to, not having the land on which to grow one’s food or a job to earn one’s living, not having access to credit. It means insecurity, powerlessness and exclusion of individuals, households and communities. It means susceptibility to violence, and it often implies living on marginal or fragile environments, without access to clean water or sanitation”.

Governor Reeves has done a fantastic job of doing nothing in regards to this pandemic, except make national news for the detrimental executive order he issued in March. An executive order that stated all non-essential businesses to be closed but deemed practically every business as essential, which completely demolished any proactive safety orders put in place by other state officials. So there is little hope that the pleadings of our teachers and parents will be heard and considered. Especially when the Republican governor in one of the highest poverty states in the country is following the lead of a President, who is responsible for the borders of nearly every European country being closed to the US. Borders that are closed because our country’s infection rate is continuing to climb daily while other countries are taking measures to fight it.

So all things considered the mental health of our children and our teachers lay in the balance. As schools reopen and our children find out first hand what it’s like to see their friends again without actually being able to physically interact with them. Their socialization skills will grow with a new form of isolation. Sure they will be able to speak to each other and in some cases might be able to connect, but at what cost? When the strain of this new form of isolated socialization becomes too much and rules of social distancing start to crumble, what then? What will the consequences be?

Teachers are drafting their Wills and preparing to return knowing their legacy might only be what is written in an obituary. They are aware the day might come when that student who coughed in class might have infected the entire room. They know that every day they step foot in a classroom or return home they may have spread the virus to other people, but what can they do? After all, they are invaluable and expendable. I do wonder though, Governor Reeves, are your girls returning to public school this fall?

One thought on “MS Schools Reopening Despite Growing Pandemic”