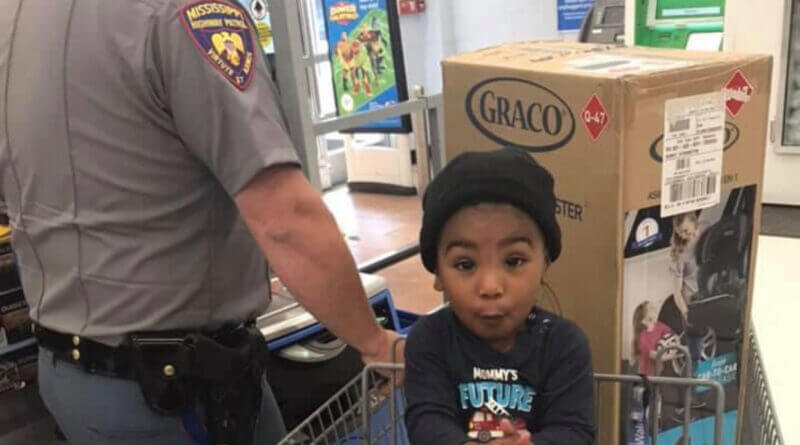 A Mississippi state trooper’s random act of kindness has gone viral after purchasing a car seat for a woman after she had received three citations from him earlier.

Niya Sumter gave her personal account of the situation on Facebook, which has been shared thousands of times.

“Can I say how good God is?” Sumter wrote on Facebook. “After giving me my tickets, he said, ‘Follow me. Let’s go buy your baby a car seat.”

Sanders said the decision came to buy the child a seat after seeing the mother struggle to keep him in the normal seat the car provides and a discussion with his wife.

Sanders and Sumter both stated in interviews that the three tickets could be dropped in court.

“Can I say how good god is headed to my son Dr. Apt Got Pulled Over Mr. Bradley Sanders he Gave Me 3 Tickets After giving me my tickets he said follow me let’s go buy your baby a car seat ! Due to Kaemon Being in a big boy seat and trying to get out of it while the police talking to me 🤦🏽‍♀️ He told me in January when I go to court he will throw them out I just thank god.”