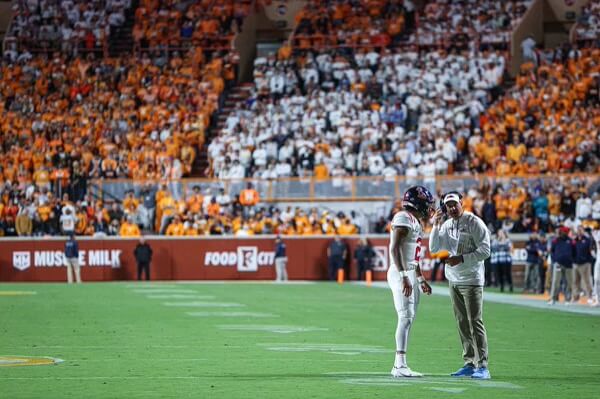 The game has continued to be a hot topic of discussion after the controversial manner of ending both on and off the field.

It was announced on Monday that eighteen people had been arrested in connection with the tossing of trash and other objects onto the playing surface at Neyland Stadium that halted play for over twenty minutes, per the University of Tennessee Police Department.

Along with that, 47 people were ejected from viewing of the rest of the contest. The UTPD has said they will continue to review available video footage from the stadium to prosecute and punish other fans responsible after the SEC stated that the investigation, which the UTPD had already began prior to the SEC’s release, should continue.

The university will continue to work with law enforcement to wrap up the investigation from Saturday’s event and impose measures in the future to help ensure actions like these do not occur again.