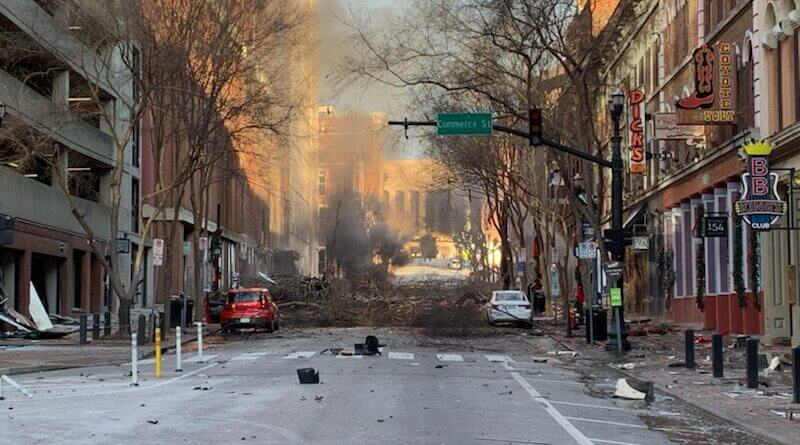 Metro Nashville Police Department responded to a shots fired call on Friday morning before coming up on a RV, which later exploded.

While no evidence of shots being fired was found, police called in the hazardous devices unit. The unit was unable to make it to the RV before its explosion around 6:30 a.m.

Three people were sent to a local hospital due to the explosion; however, none of the individuals are in critical condition.

Police spokesman Don Aaron relayed the message that the explosion may have been of malicious intent.

“We do believe this to have been an intentional act,” Aaron said. “Significant damage has been done to the infrastructure there on 2nd Avenue North.”

Both local and federal agencies are currently investigating the situation.