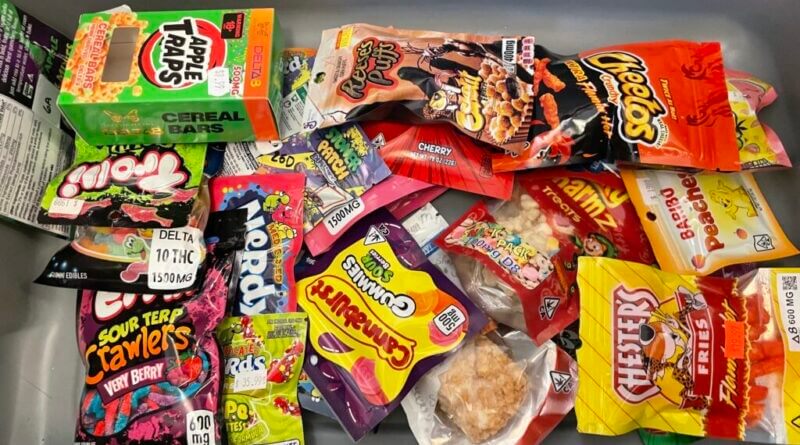 The Mississippi Poison Control Center is experiencing a concerning increase in calls regarding children who have found and eaten marijuana-laced candies and chocolates at home, making them sick enough for a trip to the emergency room.

And with the establishment of marijuana dispensaries expected around the state this year, the calls “are only going to continue rising,” said Jenna Davis, managing director of the Poison Control Center housed at the University of Mississippi Medical Center.

The American Academy of Pediatrics this month reported data that shows a 1,375 percent increase in children’s consumption of “edibles,” or food products infused with marijuana, between 2017-2021. Although UMMC’s numbers are not as high in comparison, they have significantly jumped over the past few years, Davis said.

In the past 10 days, we’ve already had four calls for kids ages 0-6,” Davis said. “And statewide, these cases are underreported.”

“There has been a consistent increase in pediatric edible cannabis exposures over the past five years, with the potential for significant toxicity,” the Academy said in its publication Pediatrics.

In its study of cases between 2017-21, most ingestion of edibles by children occurred in a residence, the Academy said. Seventy percent caused central nervous system depression, and more than 22 percent required a hospital stay, including intensive care, the report said.

Adult products laced with THC such as candy, gummies and chocolates appeal to children, Davis said. “We’ve seen ‘dope rope’ gummies, with lots of calls on those. They look like a Nerds (candy) rope.”

Equally alarming is the growing number of children who get their hands on products easily available online and in convenience stores containing Delta 8 THC, a naturally occurring chemical compound found in small traces of hemp and marijuana plants. “It’s not regulated. It has very similar effects to the other components of marijuana that produce euphoria,” Davis said. “We receive tons of calls on this, and it’s increasing, for all ages.”

In its 2022 Drug Threat Assessment, the Mississippi Bureau of Narcotics notes that “products like edibles, oils, wax, and hashish are still being seen and seized across the state. These products are especially desirable among teens and younger adults.”

“It’s hard to overdose on marijuana, but some of these gummies contain very large doses and some kids are eating a whole lot of them,” Davis said. In addition to central nervous system depression, it can cause rapid heartbeat, vomiting, confusion, difficulty walking and drowsiness, and in extreme situations, respiratory distress and seizures, she said.

When center employees receive calls about ingestion of edibles by children, she said, “we recommend they go to a hospital for observation, depending on their situation and whether they’re experiencing the more serious symptoms. In rare cases, if they’ve had a huge dose or if they have underlying medical conditions, they are at serious risk for other complications and should call 911.”

What’s also important to remember, Davis said, is a child can eat edibles and not immediately show any distress or effects. “Unlike when you smoke marijuana, when you eat a product that contains THC, it’s a couple of hours before it takes effect. It may be a few hours before the parent notices that their child has ingested edibles.”

Most adults who call the center about a child who has eaten edibles “are worried because they left it out, and they didn’t intend for their child to get into it,” Davis said. “Some callers are reluctant to give us information for fear of getting in trouble.

“Their information is confidential. We are here to help them and guide them. Most of them are very forthcoming, and we can get all the information we need to make a proper recommendation.”

Her suggestions to adults who have edibles, whether it’s in their car, home, purse or wherever: “Treat them like a medication. Store them in a secure place, out of sight and out of reach of children.

“Most products have some type of warning label, but sometimes it’s very small. Even an older child might not pay attention to it.”

Going forward, the center is focusing on prevention, Davis said.

“We know it’s going to be around,” she said. “The bigger thing is the kids getting into it.”

The Mississippi Poison Control Center focuses on prevention, education and treatment. It’s a free, confidential, statewide service available 24/7 to assist with questions and exposures regarding potential poisons, chemicals, medication and more. A trained professional can be reached at 1-800-222-1222.